This weekend the kids and I went to see Finding Dory. We loved it, though out of the two I like Nemo better. But that movie reminded me how much I love movies that take place either in the ocean or around it. Which of the following three ocean-related movies should be our movie of the week? 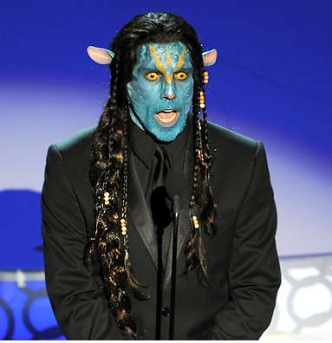 An avatar, like in the movie of the same name, is essentially an out-of-body incarnation or personification. In the movie, humans are induced into a deep sleep while their mind controls another bigger, bluer organism. Movies like The Matrix, Being John Malkovich, and the X-Men franchise also make use of this idea. And this makes me wonder: What movie characters would I choose to use as an Avatar? Here are my picks:

Stuart Little. I really didn’t enjoy the movie, but being the size of a mouse and cruising around my house and town with a little sports car would be nothing short of awesome.

Peter Pan. Obvious choice here. I could play all the time, avoid being an adult, and I’d get to fly.

Prince Akeem (Coming to America). This is a great choice considering his wealth. The guy can buy anything he wants anytime. He’s so insanely rich that I’d pick him before even picking someone like Superman.

Fix-It Felix. Oh the screw ups I’ve done that I could now fix with just the tap of a hammer!

Jason Bourne. It’s not his situation I would envy, but his unbelievable fighting/survival skills. Of course, I wouldn’t make this choice unless those skills came with the avatar. I know this isn’t right, but I have to be honest. If I had this opportunity, I would want to go into a seedy looking bar and look for a fight.

Simba. I love animals and the I find the African variety the most fascinating. To embody a lion out in the wild with all other animals fearing me would be such a rush. And I’m sure I’d love gazelle meat.

Spider-Man. I decided to only put one superhero in this list, and surprisingly I choose Spidey over both Superman and Ironman. To me, Superman would be just too much power. The entire world would expect you to bail them out of every bad thing for your entire life. But swinging from web to web in NYC would be awesome! And though I wouldn’t have the omnipotence of Superman, I would have just enough super strength and speed to make life fun, convenient and heroic.

Legolas. Watch him take down the armed Oliphant in LOTR: The Return of the King and you’ll be like, “Yup. Me too Troy.”

The Terminator. The shades, the biker clothing, the kick a$$ motorcycle. I would spend my time in the Terminator’s avatar helping people out, but I definitely wouldn’t want to shoot people like he does. I’d the the one from T2 who listens to John Connor: “no killing people.” Having said that, to go to a little village that’s being terrorized by gunmen and saving the day would be amazing. I think I could handle that.

Darth Vader. This one I chose for the use of the force. I didn’t choose Yoda because I’d rather be tall, dark and breathy than to be a mix of a smurf and an aged green prune. I didn’t pick Skywalker because he’s just too whiny. But looking that cool and having a powerful use of the force. Now that’s what I’m talking about.

Congratulations Avatar. This is your week.

Best Actress: Kate Winslet and Daisey Ridley are neck and neck. I guess based on experience I’ll go with Kate in Titanic.

I also decided not to go with any of the muppets. They’re amoung my favourite characters of all time, but to have them as an avatar means I wouldn’t merely control them with my hand. I would be one. So that means… yeah…that’s right…no hand for me please and thank you. 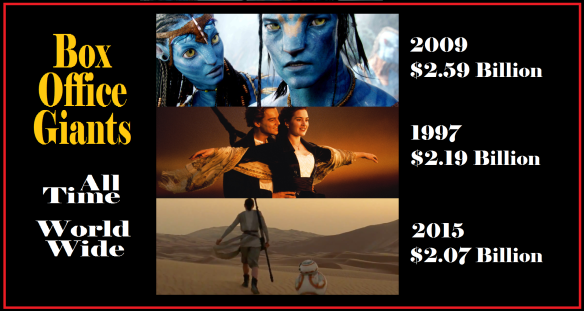 Summer is blockbuster time! According to Box Office Mojo, the following movies are the leaders in the all-time worldwide category. Which one should be our movie of the week? 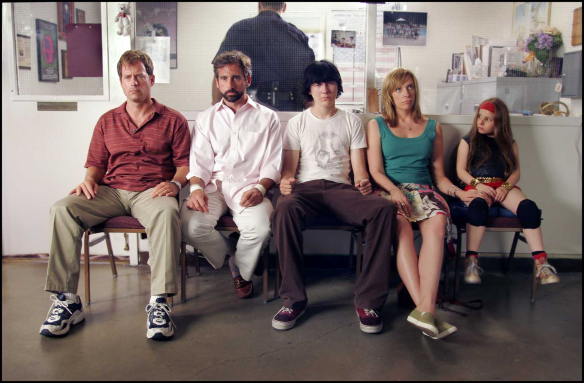 And we all would agree, right? I am sure that we would all nod affirmingly if we heard a public speaker charge that children and adults must embrace who they are: their heritage, lineage, temperament, hopes, dreams, their beauty (both inner and outer). A good friend of mine has a blog of his own that is completely dedicated to this value. 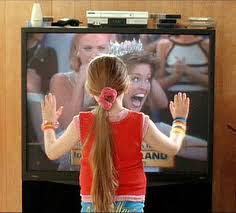 But can we also all agree that it’s easier said than done? Show me a kid in high school who believes everyone should accept themselves for who they are, and I’ll show you a young individual who will dress, talk, act and shop in accordance to what s/he thinks his/her friends will approve. I’ll also show you his parents and grandparents do the same. (Don’t believe me about the grandparents? Go to McDonald’s at 10 am and tell me if you see any similarities in how the customers there dress, talk, shop, etc.)

Acceptance seems to be a major theme in this week’s movie. A family on a road trip find themselves in situations where they are faced with their past, their future, their present, or any combination therein. And sometimes it’s the struggle of facing another family member’s past/future/present. Their difficulty comes to a head in that all too familiar moment of acceptance. And these moments become some of the most memorable scenes.

Then a weird thought came to me… Acceptance is the final stage of the grieving process. Could this be why it’s so difficult? Even the colourful characters in this movie seem to go through the other five grieving stages (denial, anger, bargaining and depression). I don’t pretend that this was the director’s intent, but they are captured and

portrayed nicely. This theme of acceptance becomes most explicit when Toni Collette, the maternal character, pleads with her husband and step-son, “we have to let Olive be Olive!”

The only things about ourselves that we have difficulty facing are the things we grieve. Whether we think we’re unattractive, unlikable, unsuccessful, or uncoordinated, we don’t like looking at those things and thinking about them.

But when we do.

When we look at those things and allow ourselves to laugh, cry or simply shrug our shoulders, it feels freaking great.

Congratulations Little Miss Sunshine. This is your week.

Best Actress: I have to force myself not to choose any of the child Oscar nominees this week. They are all outstanding and I would hate to choose a winner between the three. This week I would give the nod to Toni Collette.
Best Actor: Looks like LMS is sweeping the awards here, but I think Steve Carell is the best actor out of this week’s options. Btw, if you go to LMS‘s IMDb page, click on “trivia” and read the information on how he came to be cast in this movie, I think you’ll enjoy it.
Best Quote: “I’m getting pulled over. Everyone just… pretend to be normal.” — Greg Kinear as Richard Hoover in Little Miss Sunshine.

Again, I wouldn’t say that this would be any writer’s or director’s intention in this film, but I love that Breslin’s character is named Olive. Think of what an olive is like. It’s one of those foods that you either love or hate. Very few people would sit on the fence when it comes to olives—and that goes for green, black and purple. Yet, love them or hate them, an olive is an olive. And you can’t change that.

Not many movies have children in starring roles. At least not ones that actually turn out to be very good. These are three young ladies who were so good they got nominated for an Oscar. Which one will be our movie of the week:

I can’t believe he’s gone. The first time I really experienced anyone dying in my life was my maternal grandfather when I was eight. I remember not knowing how to feel, other than shocked. I mean it would have been shocking to hear he would be leaving us to go somewhere and that I wouldn’t see him for 20 years. Or that he would be bedridden and only able to see me for five minutes every five years. But death means I won’t see him anymore. At all.

Death is so difficult. Even though it can be far less painful (even pain free) than most physical diseases or disorders, it shocks us and saddens us so much more than those because of its dreadful finality. Just a little over two years ago it was my paternal grandfather who passed away, and I’ve had my share of losses in the 34 years in between.

One of the most significant was a baby I fathered but didn’t get the chance to meet in person. The pain of that loss is as piercing now as it was when it happened. Death is unfair. I mean, it happens to all of us, but it’s still unfair because it just doesn’t seem right to lose someone you love.

I remember going to a wake where one of the deceased’s family members was there to greet us. They immediately started saying things to us indicating that this was a good thing. She was now in heaven with no more pain. I hated that. Yes she is not in pain anymore, and for that I am grateful. And yes heaven is a great place to be, and I’m glad she’s there. But it still sucks that she’s gone. Even in her pain, life was better with her in the world.

I won’t comment on death’s relationship to our movie this week (not wanting to spoil), but it’s a perfect dedication to the memory of the greatest boxer who ever lived. We will never get him back. Nor my grandfathers. Nor my child. But their lives were important and our lives would have been incomplete without them.

Here’s to you Ali, and to all those who have touched all of our lives.

People don’t realize what they had till it’s gone. Like President Kennedy, there was no one like him, the Beatles, and my man Elvis Presley. I was the Elvis of boxing. — Muhammed Ali

Congratulations Million Dollar Baby. This is your week. 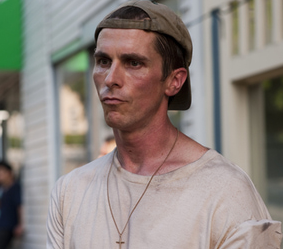 Best Actress: Hillary Swank as Maggie Fitzgerald in Million Dollar Baby. She won an Oscar for this role, as well as one other Oscar, two Golden Globes, and many other notable awards. Amazing actress.

Best Actor: Seems too obvious to give it to De Niro for his role as Jake La Motta in Raging Bull. Plus, I’m still amazed at Christian Bale’s performance in The Fighter. So this week it’s his.

If I could see my baby right now, I think I would tell him/her that they are “Mo chuisle.”

This week we lost one of the greatest athletes who ever lived. Muhammad Ali not only dominated his sport, he also stood up against bullies, oppressive authority, and injustice in the world with the same kind of courage and fearlessness that he demonstrated in the ring. In memory of him, this week’s picks are boxing films. You will notice that Rocky is omitted. I think that would be too obvious of a win. I also chose to leave out the documentary When We Were Kings (1996) and the 2001 biopic Ali. Which of the following would you choose as this week’s movie?