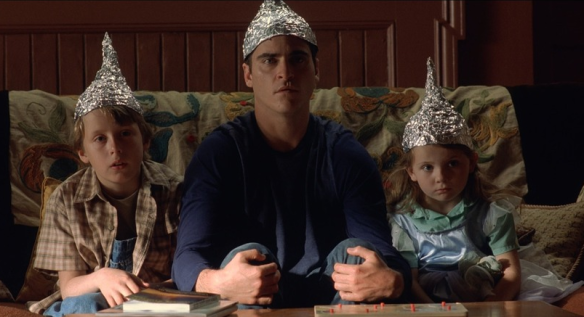 I’ve had conversations with friends and loved ones before about swearing and how there seem to be times when less than favourable words are useful (for expression of emotion, for comedy, etc). For me, however, the universal sign of popping up a singular middle finger I find has no use at all. By saying that, I don’t mean that I tried it out for a period of time and realized it wasn’t working for me, though I will neither confirm nor deny ever using the sign. Did I ever use it when a game of Red Rover went awry back in elementary school? Or as an adult have I ever used it on an inanimate object, like say a broken lawnmower? It shall never be known. But I can tell you that I’ve known about this “California Howdy” for 38 years and have yet to witness one example when it really did serve a practical purpose.

Wait… there is one (but only one!) that just came to my mind. It was in a movie starring Lily Tomlin called The Incredible Shrinking Woman. The purpose it served was comedy. Now I’ve seen movies that have used the finger for a comedic moment, but I’ve never felt it 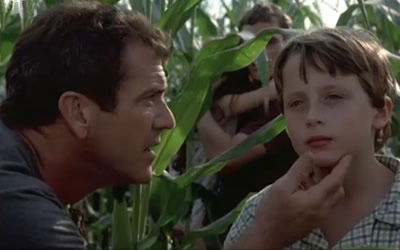 worked, at least on a must-have level. This one, however, did. And it was because it was an ape. That’s right. A gorilla who was helping the protagonist runs into the movie’s villains, flips his middle finger up at them, shuts the door and continues to run. My siblings and I knew well that this gesture was bad news, and we made a point not to do it. And we certainly didn’t laugh at people who used it. But seeing that hairy ape give the finger to the bad guys was just too awesome. We laughed ourselves silly and probably wore out the rewind button on our VCR.

And admittedly it did seem to work for Stone Cold Steve Austin back in the late 90’s. He sold more tickets and merchandise than Hulk Hogan ever did and part of his gimmi 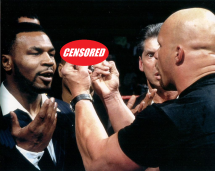 ck with raising both middle fingers in the air in defiance of authority. But I honestly think Austin’s huge run would have been the very same with or without it.

Ok, so other than helpful primates yukking it up, I do not find this gesture of any use. The first time I heard about it was in grade 1 and my new friend told me in a whisper with his eyes widened that some kid on the playground was in trouble because he had given “the finger” to someone. He was shocked I didn’t know what it was and explained which finger, its meaning and its severity to me. That was the very first day of school. The first recess of my life. And for the next 12 years I saw kids using it, but each time I just felt it made made them look ignorant. Like maybe they couldn’t think of any good comeback and resorted to an obvious sign of obscenity and shock. And to me it is the same with adults.

Once I graduated I thought maybe that notorious middle finger wave wouldn’t be such a big part of my every day environment. But at that point I was driving a lot—the other hotbed for bird flipping activity. And again, in this context just as in the childhood playground one, the sign is meaningless. Someone who makes use of it looks like Bob Ewell from To Kill a Mockingbird—so angry he could just bust up a dang chifferobe! Like that kid on the school playground with a bad attitude. The insecure little brat who had something to prove more than he
had something to say.

An old man in North Carolina taught me that the best gesture to make if you’re upset at someone who you feel did something dangerous or stupid (usually both). He said he learned it in Europe: take your index finger and tap your temple. The cool thing about this 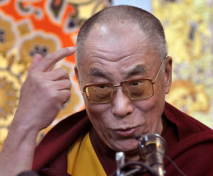 gesture is that it truly is universal. Your middle finger may not mean a thing to someone not from North America, but all over the world anyone can tell you that the old man’s suggested sign means “Use your head!” Plus, an crude gesture just makes them think, “What an idiot.” And though they may still think “What an idiot,” if you tell them to be an adult and put their brain in gear with a simple tap to the noggin, they will also think about a whole lot more, whether they want to or not.

Hey, how about we all start something new? From now on when someone upsets you, put the tip of your thumb on your nose and wiggle your fingers in the air. If someone asks you what that means, just say incredulously, “You don’t know?!” and then shake your head. Or maybe even, “You don’t wanna know,” if you feel the situation calls for it. Whaddya say? Are you with me??

I’d love to see Stone Cold open up a can of whoop-ass on someone and follow it up with that.

Congratulations Signs. This is your week. 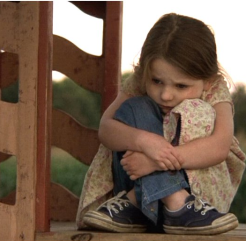 Best Actress: Abigail Breslin in Signs. This movie seems to divide people into either loving it or not liking it at all. But one thing you can’t deny is the adorableness of little AB in this movie. Love her!
Best Actor: I want to give it to Will Smith for Independence Day seeing as he was the only thing about the movie that I really liked or even remember. However, I really think Joaquin Phoenix has the best performance of all the actors represented in this week’s nominees.
Best Quote: “There’s a monster outside my room, can I have a glass of water?” — Abigail Breslin as Bo in Signs.

Ok, one more. In X-men (2000) when Wolverine retracts his blade claws but leaves the middle one up gesturing at Cyclops. Now that was hilarious!

It’s October. Time to get scared. This week’s picks are all about alien invasions, something we all get scared of—if the story is told right. Which would you choose to be the movie of the week? 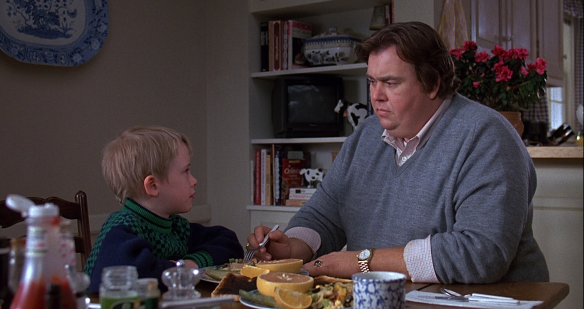 John Candy had a different spirit about him that brought him respect from anyone who either knew him or simply watched his work. You didn’t have to be an overweight male 20- or 30-something to relate to him. There was something about his demeanour, his eyes, his laugh, that you could identify with. He could seriously be anyone’s Uncle Buck. In all honesty, if I could have any actor be at one of my family reunions, it would have to be John Candy (when he was alive, of course).

So, in memory of such a fine actor, hilarious comedian, and beloved human being, here are some lesser known facts about John Candy that you may enjoy:

Congratulations Uncle Buck. This is your week. 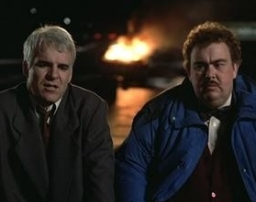 Best Quote: There are 2 this week: “I’m Buck Melanoma. Moley Russell’s wart.” and “Take this quarter, go downtown, and have a rat gnaw that thing off your face! Good day to you, madam.”

There are also a couple of neat pieces of trivia about the movie Uncle Buck. First of all,  this is one of the first movies to show a teenager’s choice of music being rap instead of rock. Secondly, it was MacAulay Culkin’s talking through the mail slot in this movie that gave John Hughes the idea for Home Alone. I remember when that movie came out we were referring to MacAulay Culkin as “that kid from Uncle Buck.” And finally, did you know that twice there was an attempt to make a sitcom based on the movie? Both had bad reviews and lasted only one season. The first came out in 1990 and the second was this past 2015/2016 season!

Mr. Candy, we still miss you. Thanks for everything.