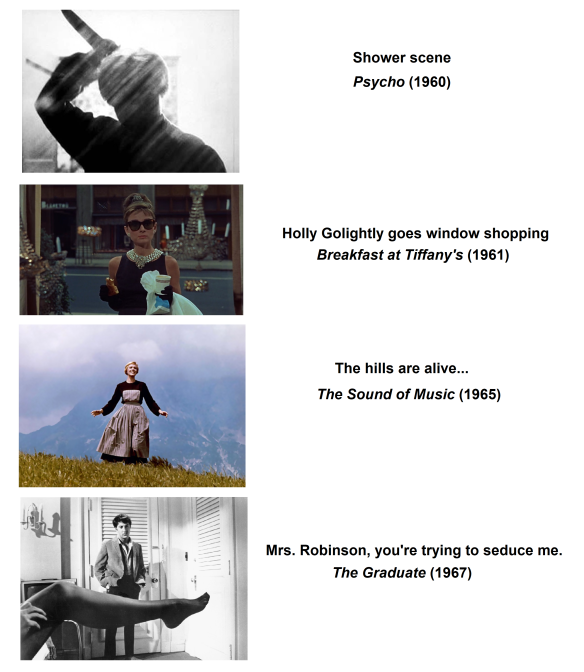 This week’s pick of the week was purposely left off of this list. It gets both celebrated and dumped on, as it has since it came out. But it’s a powerful and influential movie that deserves its recognition.

Congratulations Titanic. This is your week.

Best Actress: Carrie-Anne Moss as Trinity in The Matrix. 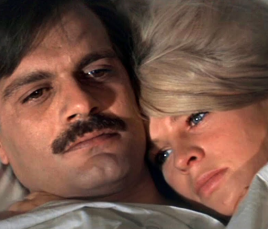 The 90’s was a great decade for movies, and (like the 80’s) some of the coolest iconic stills come from then. Here are the choices for this week: 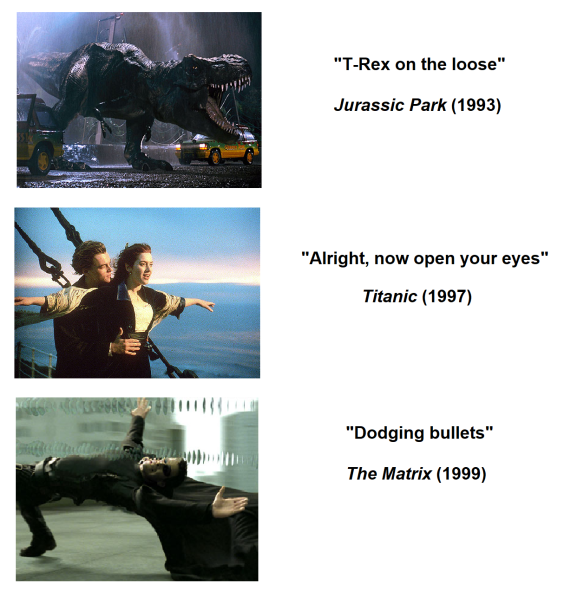 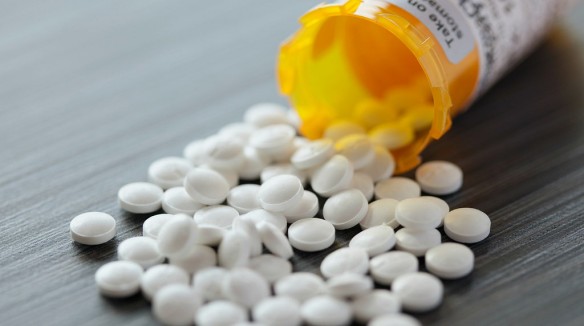 They are dying from meningitis, right here in New Brunswick. We’re all familiar with the disease, but for clarification, it is a bacterial infection that be easily contracted and becomes dangerous when it gets into your bloodstream. It can lead to brain damage, stroke, or even death. It’s easy to treat, mainly with antibiotics and anti-inflammatories. BUT…

This small community right here in New Brunswick has seen people die from this, and at an alarming rate! Here is why this is so maddening:

I hope you are angry when reading this. I hope it incenses you and inspires you to do something about it. You have a voice. Use it and help put a spotlight on this senseless problem. A problem that has no reason to exist in New Brunswick, or anywhere in Canada. Imagine, children dying because a bunch of people sitting in offices can’t decide what to do to fix it, and because people who can help simply don’t care to.

Oh, by the way, this isn’t happening in New Brunswick. It’s happening in Nunavut. And it’s not meningitis, it’s tuberculosis—another easily preventable and curable disease. Children dying is true, though the pic of the little white girl is just a stock photo from Flickr’s photo sharing website.

I hope this still angers you. It does, right?

And now, to movies…

Congratulations The Seven Year Itch. This is your week.

Best Actress: Marilyn Monroe as “the girl” in The Seven Year Itch. If she was alive today she’d be 92.

Best Actor: Gene Kelly as Don Lockwood in Singin’ in the Rain.

This weekend is the flea market here in Sussex. Every year I go and get new movies because a vendor there has the best selection to choose from aside from Sunshine Records. This year, however, I will be abstaining. We are trying to reach some financial goals and the flea market will be back next year. This weekend I’ll enjoy the collection I already have. 🙂

This is our second installment in the iconic movie stills series. There are many famous scenes and poses from the decade of the 50’s, but these three made their way into the zeitgeist of pop culture like no other. The images are as familiar to us as the Mona Lisa or Nike swoosh. Which one would you choose to be our pick of the week?

The Seven Year Itch
(1955, Marilyn Monroe on the subway vent)

Lady and the Tramp
(1955, Lady and Tramp eating Spaghetti) 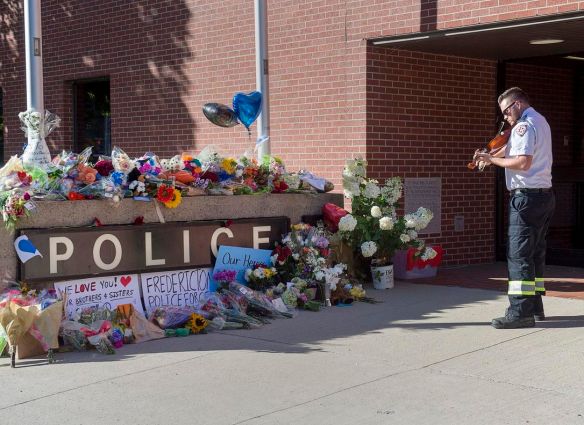 I’d just arrived in Fredericton as the events were unfolding. Once again in North America, a cowardly and senseless act of violence and murder had occurred. I texted with family and friends about the situation, and later in the day watched on a TV in a  dealership waiting room a Skype interview with the Premier. He expressed the difficulty of knowing how to respond or even feel inside after such a meaningless act of violence and murder. Across North America we’ve all been here before. Countless times. We’ve been here before as a country. We’ve even been here before as a province.

As many of you know, movies are more than just entertainment for me. Many of them, just like a good book, affect me and come to mind during certain contexts of life. Sometimes they provide me with a laugh, other times with inspiration, clarity, understanding, etc. I won’t name the one that helps me in times like this, because the scene I’m about to share may be a spoiler for you. But here’s the gist:

We see a peaceful tribe who live in the rain forests of southeastern Mexico who are attacked in the early morning just before most of them had even woken up. The men responsible are savagely cold and indifferent to human life. They kill women and children because they have no use for them; they are here to kidnap strong, able bodied men. Our main character is being tied up, beaten, held against his will and is about to see his father killed before his very eyes. What his father chooses to do with his last seconds of life has been imprinted in my mind for years, giving me a picture of true courage. With a knife at his throat he looks at his son with a deadpan expression and simply says, “Son. Do not be afraid.” Then, his innocent and wonderful life is taken meaninglessly and in cowardly fashion. It happened to us yesterday.

When I try to figure out how to respond outwardly to yesterday’s events, I end up feeling pretty powerless. I do, however, know how to respond inwardly. It eases that powerlessness; even makes me feel quite empowered. I can look evil in the face and say with confidence, “We will win. You will lose. Good people have seen every evil under the sun and survived. We will survive you. Killing isn’t going to defeat us. Your violence can only go so far, but our resolve is stronger than granite. Your arsenal can only get so big, but our refusal to stand down will outlast any number of bullets, bombs, or whatever else you’ve got.”

Let’s respond the way we all know any good Martimer would. With courage, steadfastness, love, and no fear. 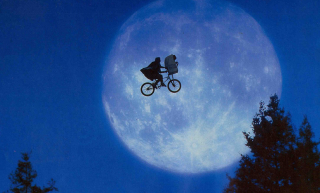 The above is not in any way linked to any of this week’s Movie of the Week nominations. However, there has been a clear winner. Despite the much loved scenes from all three, the little bug-eyed alien who can make BMX bikes fly has emerged victorious.

Congratulations E.T. the Extra-Terrestrial. This is your week. 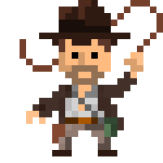 Best Actress: Carrie Fisher as Princess Leia in The Empire Strikes Back.

Best Actor: Harrison Ford as Indiana Jones in Raiders of the Lost Ark.

Best Quote: “Ouuuuch.” — E.T. in E.T. the Extra-Terrestrial. Btw, the alien was voiced by Pat Welsh, who we can also hear in Return of the Jedi. When Princess Leia disguises herself as a bounty hunter to rescue Han from Jabba the Hut, that weird alien voice she had was also Pat Welsh.

Just as an afterthought, I would love it if we never saw a picture of the perpetrator. Not even a name. I know that’s not going to happen, but it would be nice to know that whoever did this gets no “credit” and is simply forgotten. I say that hoping to not be giving in to hate, nor do I want to protect someone who has done such a terrible thing. But I’d love it if none of us knew his/her name but knew off by heart the names of the victims and heroes.

AMC put out a list on their filmsite.org website of 100 iconic movie stills, and from that we will be picking movies from that list more than once. But this week we’re looking at the 80’s…of course! Which of the following is the most classic movie still in your eyes? Is it Vader delivering the unforgettable line to Luke? Indiana Jones running from the giant rolling boulder? Or E.T. and Elliot’s bike/moon silhouette? 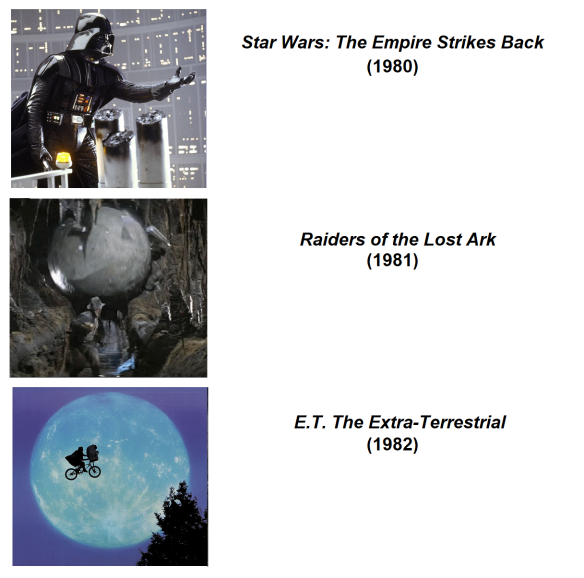