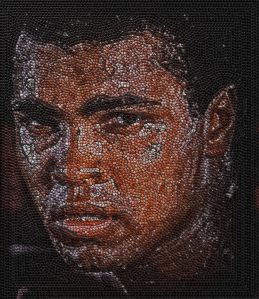 I asked my wife and three children which athletes they admired. The only one Joy could think of was Ekaterina Gordeeva, the Russian figure skater who lost her partner and husband, Sergei while they were in practice. Leah was stumped, so I asked her about Darryl Sittler because of a children’s book I’d read to her many times when she was little that centered on the Maple Leafs player. Her answer was, “Yeeeeahhh…. I guess.” Erika was impressed by Serena Williams because of the stand she took recently amid controversy and disappointment. (I realize that there are a lot of conflicting feelings and beliefs about this news story, but it was her sticking up for equality and for herself that caught Erika’s attention and admiration.)

So Lukey and I had the longest lists, hence the title to my post. Here is my son’s list of names with a short statement of what he likes about them:

And as for movie athletes, this is where it’s difficult for me to keep my list down to ten. The following don’t reflect a progression of how much I like each movie, but rather the athlete portrayed in the film:

Congratulations Rudy. This is your week.

Just a thank you to those of you who read this blog, even semi-regularly. I decided when I started to focus on weekly writing and to not worry about whether or not anyone was reading it. But I really do appreciate you taking the time. It means a lot.

2 thoughts on “The Greatest Athletes (according to Lukey and me)”