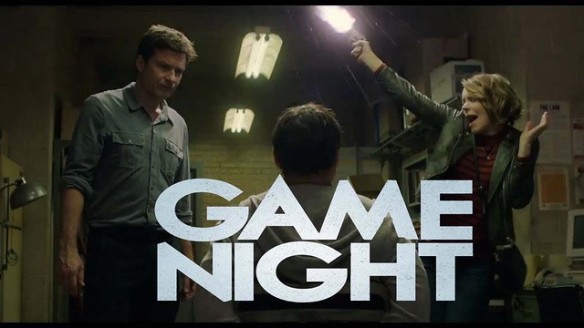 Congratulations Game Night. This is your Week.

Best Actress: Definitely Rachel McAdams in Game Night. I am a big fan of J-Law—even shared a plane with her!—but RM killed it in Game Night. She’s a very funny actress, which of course you’d know if you saw Mean Girls (2004). 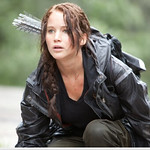 Best Actor: Chris Evans as Captain America in Avengers: Endgame. You can’t deny he plays the part extremely well. I never liked the character as a kid, and never thought I ever would. Yet, here I am…

Best Quote: “May the odds be ever in your favour.” — Jennifer Lawrence as Katniss Everdeen in The Hunger Games

Looking for Cable wouldn’t be difficult, despite being in a 72,000 capacity football stadium crawling with avid wrestling fans bustling from spot to spot: ticketed seat–popcorn stand—bathroom—merch table—back to seat. It was dizzying to the sleep depraved Brody, but adrenaline was doing its job in his veins just fine. According to Chester, Cable liked to watch the show from a vantage point facing the wrestlers’ entrance ramp, as square on as possible. They went straight to the top level, #4, of the stadium where Brody realized that Cable wasn’t what he thought. He was prepared to find a middle-aged white man who loosely resembled the comic book store guy on The Simpsons. What he was introduced to was a late-20’s latino woman in a black t-shirt with “SECURITY” spelled out in large letters on the back from shoulder blade to shoulder blade. She wore a ball cap with a ponytail and had a countenance that gave the impression she was a very happy person, even when she wasn’t smiling.

She and Chester hugged, then so did she and Anita. Brody was always uncomfortable with hugs, so thankfully that’s where the hugging stopped. Chester got right to business.

“So you’re aware of this being-stuck problem we have?”

“Yes, I do. We’ve all heard about it. We might as well take care of this now. Unless you three were hoping to see the matches.”

“No, you were right the first time. We have to move fast,” said Anita.

They walked away together, collectively knowing where they were heading, leaving Brody to follow like a puppy dog. Heading down a “staff only” hallway with blank beige walls the group stopped by a set of elevator doors. The wheels in Brody’s head were turning and it showed on his face. 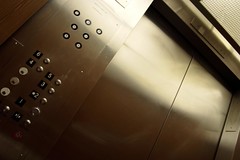 “Ah, I can see you’re figuring things out,” Cable said. You took the shower route to get here. Maybe an underground parking garage ride as well?”

“This is scary too, but much faster.”

“Yes, Chester and I are not as skilled as Cable in this form of travel. But if we want to get unstuck, this is the only way.”

“I thought you acquired all the knowledge that humans can know.”

“We do. But Cable isn’t a human. And her gate skills go beyond what the two of us can do. She’s like a wizard.” It seemed Anita was using this last word as more of a compliment than a literal identity designation. With a twinkle in her eye it looked like she enjoyed bragging on Cable, but the idea that she wasn’t human was unsettling to Brody.

A ding turned all four heads to the elevator door. None of them seemed to expect what would materialize before them. Their eyes widened as a man wearing white from head to toe stood inside the elevator. His face was a chiseled and carved work of art, like a statue had come to life. Two curtains of jet black hair hung on for dear life along the sides of his skull.

“Don’t run.” He said these two words simply and slowly, as if there was a period in between them. The melancholy of his voice creeped Brody out.

Just then Cable let out the most terrifying and piercing scream one could imagine. That seemed to be a cue as Anita and Chester ran back down the hall, each with a fistful of Brody’s shirt, forcing his flight as well. 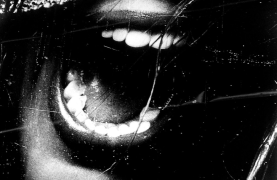 The man in white covered his ears, knees buckling as he absorbed the pain. But he was determined and stumbled out of the tiny elevator. He made his way down the corridor but looked like a helpless drunk trying to leave a bar, hands still covering his ears. Cable kept the scream going until she could see the man in white no longer.

Chester seemed to know exactly where to go in this stadium. Brody and Anita followed him as swiftly as they could. There wasn’t enough people in the building yet to keep them from moving fast, but just enough to help cover their tracks. They eventually ended up in a large hallway, one that Brody thought might connect to the private boxes. A door flew open and they ran in. Again, not sure which one opened it, but it hadn’t ceased to amaze him that Anita and Chester could do that. A big Star Wars fan all of his life made it even greater of a thrill for Brody.

“We’re safe here,” said Anita, with the steady voice of someone who certainly did not just run the quarter length of a stadium afraid for her life. Another reminder for Brody that his new friends did not have the limitations of being a human being.

“How are we safe here?” cried Brody, between panting and gasping.

“He can’t open doors without a human’s help. Not knobs, not lee-vahs,” said  Chester. “Like Cable, he’s not human. He can do a lot of snazzy things, but being trapped in space and time really make take a trip for biscuits.”

Brody’s forehead furrowed and his eyes darted at Chester. But Anita interjected. “He’s also not entirely used to this time and space. He’s been living in 5th century Nepal for the last two hundred years. But Brody, that’s not important. What’s important is that we get to an elevator with Cable.”

“Wait!” Brody had caught enough breath and caught his bearings enough to get a bit impatient. “I don’t need to know all the ins and outs of the afterlife, but I do need to know why it’s so important that you two need me to get you out of here. Why can’t Cable just do it?”

Chester gave Anita that same look he did back in the Denny’s booth when Brody had asked how they’d known him. And like before, Anita chose to answer first.

“I don’t know if you’re ready for that yet Brody.”

“Yeah, I’m pretty sure I am! At this point I’m running for my life and all to get you guys back to… to… heaven or something!”

“Brody,” said Anita, “You’re life as you know it isn’t what’s in danger. That man in white is Odium. He’s here to stop Chester and I from getting you back home.”

“Home?” This just kept getting stranger for Brody, but just as the word left his mouth he felt for Anita. He could tell what she was about to say was hard for her to get out. For just a moment he saw her as his granddaughter. He imagined her as a child opening up a Christmas gift he’d gotten her. He wondered if she listened to him tell stories or had a favourite meal that he would make for her. Maybe she was a grandchild he would never have known at all for some reason. Either way, he felt love in his heart for her despite their only being introduced hours ago.

“Go ahead Anita,” he managed. “Tell me what I need to hear, and hold back what you think I can’t handle. You’re the boss.”

She smiled. “Brody, have you wondered yet while I’m old while Chester is young?” He had. “When we die, our bodies that we appear in don’t reflect the age when we died or anything like that. It simply reflects the body we were most comfortable in. And truly, after life nobody really cares what they look like.”

Chester looked like he was about to add to Anita’s lesson of sorts but she held up her hand, politely asking him to let her finish.

“Brody, everything I told you about me and my life are true…but I purposely didn’t tell you the years I was born, married, died, etc.”

“Brody, you died after living a very full life at the age of 97.”